SEIKO - Towards the World’s Best-

The Seiko watch has been praised from the world for their Japanese artistry. We will introduce the two premium brands of Seiko while focusing on the essence of their craftsmanship. The first part of the article will feature the engraving skills of Credor, the highest-end dress watch category that recently became an independent brand, marking their 45th anniversary. A limited edition model was announced to celebrate their anniversary, and the brand’s true value can be seen from their exquisite hand-engraving techniques.

In 1979, Seiko started Credo to aim for the world’s greatest high-end dress watch. The name Credor, originates in the French words “crête d’or”, which means crest of gold. The name and concept were inherited from their specially selected wrist watch collections which was introduced five years before the launch of Credor. The three stars of their crest mark symbolizes design, technology and craftsmanship. Marking their 45th anniversary, Credor became an independent brand to globally announce as a luxury watch brand that appeals to the people’s five senses and curiosity with their unique aesthetics and craftsmanship.

In celebrating this event, Credor announced an anniversary pocket watch that embodies their aesthetics and craftsmanship. The refined Arabic numerals, indices and the delicately designed clock hands shine on the dial using washi (Japanese Paper). In an age when wrist watch have became the mainstream, the traditional style of pocket watch matched with chain reminds us about the beautiful presence that watches hold. Not only the watch itself, but the handling of taking the pocket watch from the inner pocket and laying one’s eyes will be seen elegant and beautiful.
The fascination goes even beyond with the rich beauty found behind the case. A mystical world is expressed within a 4cm diameter using pearls and three-dimensional hand-engraving of the “Tree of Life”. The magnificent details of the gold trunk, owl and branches of pomegranate fruit and blooming Housouge, a flower found in traditional foliage-scroll patterns with peony, lotus and various plants are engraved. The pocket watch allows the person to feel affection towards time inside their hands and treasure its beauty. There is no other watch suited for a brand aiming for the greatest Japanese dress watch. Master Engraver, Kiyoshi Terui has never had a teacher to teach him about metal engraving. His engraving skills were achieved based on his own research, experience and senses. It is said that there is no one in the world with the skills that he carries. From this reason, Terui has a successor working close with him to success his engraving skills.

The three-dimensional hand-engraving is a unique technique of engraving in relief patterns. The technique differs from plane curving or openwork and is rarely used for watches in the world. The craftsman who uses this technique is master engraver, Kiyoshi Terui from Seiko’s Shizukuishi Watch Studio. Terui is recognized as one of the Contemporary Mastery Craftsman, the highest honor for a craftsman and for also receiving the Medal with Yellow Ribbon from the Japanese Government.
While holding such technique, Terui describes that the anniversary pocket watch was a great challenge. The production process starts from creating a three-dimensional model in his head based on the designer’s drawing. Terui created prototypes to embody his ideal image and designed the perspective and total balance within the 1.85mm depth. During the repetition of this process, Terui determines the techniques and skills that are required and also create new tools if needed. The engraving knives which Terui uses are all made by himself. The 45th Anniversary pocket watch uses more than six engraving knives. The grip and blade of the knives are customized and created for each work by himself.

“The wooden grip is carved to fit my own hands. The cemented carbide is set on the tip of the grip and finished into a blade. It’s important to throughly polish the blade into a mirror surface. This way, the engraved side beautifully shines”

Terui’s engraving knives are carefully polished to achieve the beautiful mirror surface and rich expression when engraved. Without this process, the engraved surface becomes rough. By applying the form of Japanese swords on the tip of the blade, the engraved curve line achieves a symmetrical angle. “As a result, the engraved surface shines beautifully from any angle seen. This technique is especially important for wrist watches since they are often seen from multiples angles. Since the tip of the blade is curved, the technique requires high skills to stably engrave at a small point of contact” saids Terui.

Terui explains that the challenge was with expressing the delicate motif. “While expressing the permissiveness for the flowers, owl and other aspects, the center tree trunk required rich depth. I needed to think through how to balance the strength and softness. In the beginning, I engraved roughness to the tree barks which lead to emphasizing the strength of the tree. Therefore, I engraved a matte finish to the work which gave the softness and direction to the twisted tree. This lead to expressing the vitality of the tree”. The matte finish was done by engraving shadows using the grinders on diamond burs to create the three-dimensional look. The work achieved a drawing-like expression using this unique technique. The production time exceeds beyond 100 hours to create the three-dimensional hand-engraving.

The another challenge was crafting the 4mm pearl used on the pomegranate fruits, housouge and the owl’s feather. “Since pearls are brittle compared to gold, they get easily broken. From this reason, it was important to slowly engrave with the slightest strength many times. Once the pearl forms were made, they were polished using rubber grindstone set on the tip of the grinder”. The process was planned to be passed on to another craftsman specialized in pearls at first. “This process was refused by the craftsman explaining that the process was impossible. I didn’t want to compromise, so I did it myself. Even if quality at that level is not required in general, Credor needs to aim beyond to satisfy their customer”. Terui smiles and explains that as the craftsman of the work, not only the customers but he himself is the one especially who cannot compromise on quality. There is no limit in aiming for perfection and evolving the skills. “Many people will say about keeping the current style to protect tradition, but I strongly believe that this isn’t true. Tradition is about continuously creating the new, and I believe that is Credor” 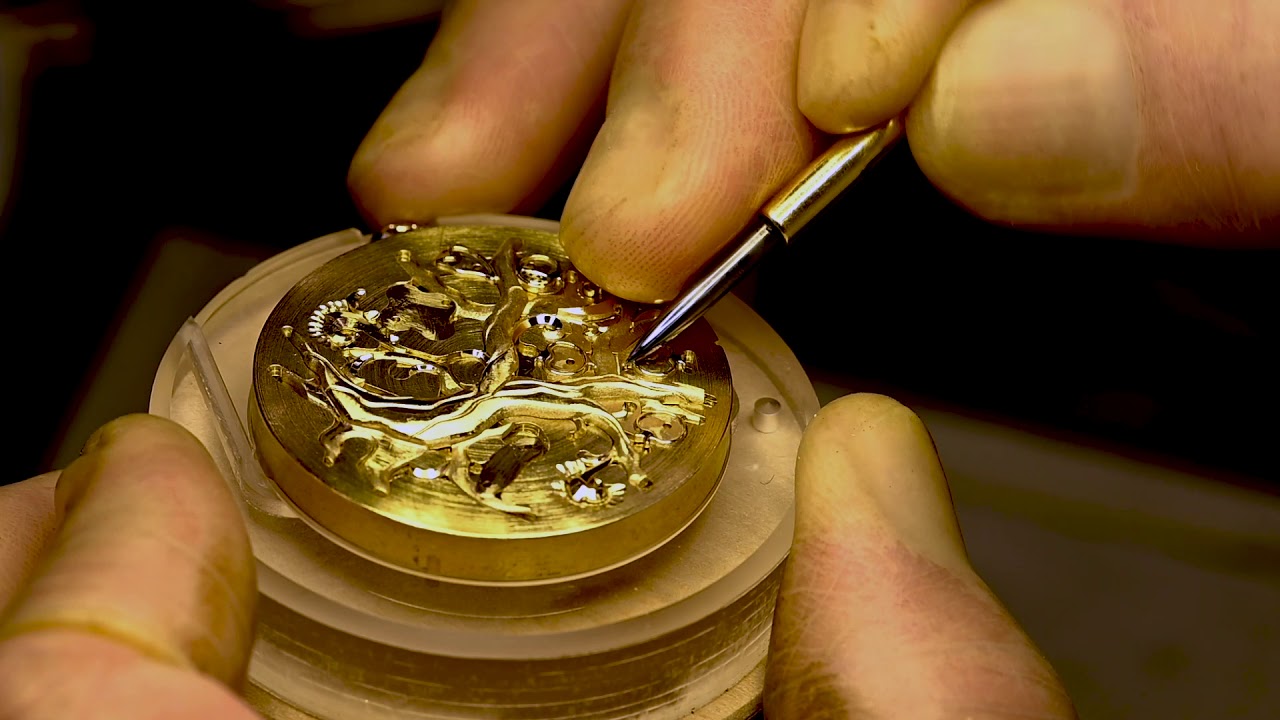 CREDOR
Credor was founded in 1974 as Seiko’s highest-end dress watch brand, to express the Japanese artistry using carefully selected materials and outstanding techniques. This year, the brand is marking their 45th Anniversary. The name Credor is based on the French “crête d’or”, meaning crest of gold. The master watchmakers and master craftsman ensures beauty and refinement of the watch with their sophisticated techniques and technology to build the slim mechanical movement, metal engraving, diamond setting and others. The brand holds the series of Linealx, SIGNO and JURI.
https://www.credor.com/
https://www.seikowatches.com/ Bringing the Mystery and Beauty of Wagashi to the WorldJunichi Mitsubori, Head of… The power of Japanese traditional medicine Kampo, seen through the eyes of Watanabe…

The Energy and Existence of Mount… Integrating the Past and Future. HaaT’s Textiles Goes Beyond Time

The Decorations to Discover the O… The Rebirth of the Shibenkamon and Nishikibari at The Okura Tokyo